You are here: Home / News / Manifesto for Unpaid Carers in Scotland – Carers UK

The national carer organisations, including Carers Scotland, today published online a Manifesto for Unpaid Carers in Scotland ahead of the Scottish Parliamentary Elections in 2016. It has been developed, drawing both on the knowledge of carers and from discussions with carers throughout 2015.

Carers UK will also be producing, in early 2016, campaign and information materials for carers and carers groups.

Lifeline for carers. The support groups are a chance to share information and talk about problems.
Professional, caring, this team does an excellent job. Thank you.
When I contacted COEL the help I received was exceptional and the carers courses were so informative and made my...
An excellent service which has been invaluable. I have no hesitation in recommending CoEL's services to others if I think...
The workers with COEL give the best support and advice truthfully and accurately. No falseness at all. Absolutely the best...
CoEL helped and guided us through our challenges enabling us to see much clearer what we were doing and what...
Quick and helpful response with no fuss. Excellent service
I first contacted COEL some 4 years ago when my husband was first diagnosed with Alzheimers and got excellent advice...
Sensitive, awareness and attention to detail all impeccable. I could not have managed without it.
I now understand better what I need and need to do, with help at hand if needed.
I found CoEL staff very helpful and reassuring when I felt stressed at the form filling to claim benefits and...
I feel very well supported and have been impressed with the service.
Feel totally at ease when we use CoEL. Their knowledge is excellent.
I can't praise your organisation enough for all the help you provided in the past.
Staff member went out of their way to assist me in obtaining the service I required. Member was very understanding...
Having someone to listen to problems and give encouragement and make helpful suggestions (also help with filling in forms) has...
Very supportive, kind, nothing was any trouble, went out of way to help. Nothing but praise for all help given.
I benefitted from a home visit, and I feel now I'm not alone.
It was at a time we were not sure what to do regarding care options for my mother. CoEL were...
Friendly helpful and put you at ease.
The staff in the office were very helpful and supportive when I dropped in without warning a couple of weeks...
Just to know you are not on your own and there is someone else you can rely upon when times...

The Carers Centre is open from 10am to 4pm Monday to Friday.

Carers of East Lothian is a charity registered in Scotland Charity Number SC027000 and a Company Limited by Guarantee No. SC366908

Sign up to our email list to keep up to date with Carers of East Lothian activities and events, other support services, and health and social care news that matters to you. 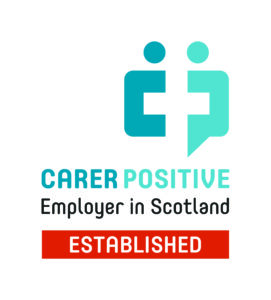 Please note our website uses cookies to enhance your browsing experience. If you continue to use this site, you consent to our use of cookies. To find out more about how we collect and use your personal date please read our Privacy Notice.

This website uses cookies so that we can provide you with the best user experience possible. Cookie information is stored in your browser and performs functions such as recognising you when you return to our website and helping our team to understand which sections of the website you find most interesting and useful.

Strictly Necessary Cookie should be enabled at all times so that we can save your preferences for cookie settings.

If you disable this cookie, we will not be able to save your preferences. This means that every time you visit this website you will need to enable or disable cookies again.